What if we don’t need cities?

With the rise of super-connectivity and an increasing number of people priced out of the world’s cities, it’s possible we could soon live and work anywhere. Futurist Sabrina Faramarzi reports

Picture this: you live in a beautiful cottage, in a quaint, quiet town, close to a beautiful lake – or perhaps some mountains or a beach. Your commute is no longer a shoulder-bashing, rush-hour burden, but rather a leisurely 16-minute walk. At the end of the work day, you arrive home in good time to spend the evening with your family and friends, or maybe take some time to enjoy a hobby. You’ve achieved that rarest of things: the work/life balance.

No, you aren’t retired, you aren’t unemployed, your company hasn’t relocated and you haven’t been demoted. Rather, you’re living in a world where truly flexible working is the norm. The smog and the sweat of the city – held up for so long as the only place to do business – are distant memories and it makes you ask the question: why didn’t we do this sooner?

Having a successful career (or any career in some industries), has often relied on you living and working in a city – often the capital. But, as the flexible revolution takes hold, people are challenging this status quo. Why should we all be living in cities when there’s a whole world out there?

Let’s get back to reality for a second. According to the UN, by 2030 two-thirds of the world’s population will be living in cities(1). In fact, by 2030, it’s probably more likely these will be megacities – defined as being inhabited by more than 10 million people. As of 2017, there are already 47 megacities in existence – the largest being the metropolitan areas of Tokyo, Shanghai, and Jakarta(2).

And these megacities come with problems. While the increased opportunities for work draw people in, the struggle for affordable homes grows. The choice for workers is between poor-quality accommodation within an expensive city or becoming a ‘super commuter’ living beyond the city limits and travelling for 90 or more minutes to work each day(3).

There’s plenty of research showing the toll that both of these options take on an individual, a business and society in general. It’s a potentially worrying future for workers and societies across the world.

So what if there was another way?

It’s important to recognise that the predictions forecasting megacity growth and increasing urbanisation around the world are just that – predictions based on the habits and resources of today. But it doesn’t have to be that way. In fact, the difficulties inherent in megacities are already forcing companies to rethink their strategy. And, as a consequence, a more positive and democratic future of work is emerging.

One response has been a renewed interest in satellite cities – now not merely a second-rate option, but rather an alternative to the difficulties that megacities currently impose on both people and businesses.

Satellite cities are smaller cities, found just outside larger ones – an urban planning concept used to differentiate them from suburbs. Instead of an urban sprawl, satellite cities offer businesses an option to capitalise on better working environments and rejuvenated employees, unshackled from long commutes.

Another option is the ‘second city’ – usually the second biggest city after a capital. These are developing as hotspots for savvy Millennials and remote workers, who enjoy the buzz and pace of life that a large city provides, but without the inflated cost.

In Europe, cities such as Porto in Portugal and Gothenburg in Sweden are experiencing an influx of businesses and workers looking to capitalise on their established infrastructure and the promise of a better work/life balance. That Aarhus in Denmark (dubbed the new Copenhagen) was crowned European Capital of Culture in 2017, shows that the arts – often a reason for people to visit cities – could be more evenly spread to better serve other communities. 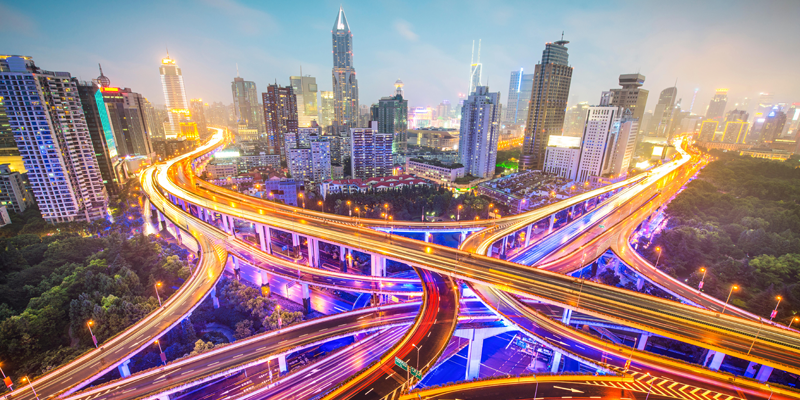 The days of the megacity may be numbered

Yet, while satellite cities and second cities currently offer an attractive alternative to the megacity, there’s a danger they could eventually suffer the same fate. What then? Well, do we even need to gather in hubs at all?

In Parag Khanna’s book Connectography, he maps a future of global civilisation based on the essence of connectivity. “Connectivity, not sovereignty, has become the organising principle of the human species,” he said in a 2016 TED Talk(4). “We’re becoming a global network of civilisation because we are literally building it.”

He’s right. The world is now more connected than it ever has been, in terms of not just communications but also interdependent global powers and resources. By buying into the idea of the city as the only way forward for global businesses and skilled workers, we’ve been blind to the opportunities outside of it.

Through the rise of flexible working and the technologies that support it, we could start to destabilise the city’s exalted position. The cloud and 5G are transforming the internet and telecoms, meaning we can work from almost anywhere in the world.

It’s a vision of a promising future. How much better could our businesses perform if we could select talent from a pool of people beyond our immediate postcode? How different would our roads look without the vast amount of commuter traffic each day? How much cleaner would our air be? How much happier would we be as workers?

By rethinking where we work, we could recode society. Working close to home in our local communities could open up opportunities to volunteer, to spend more quality time with our families, to reconnect with our friends and to get to know the people in our community.

And with populations redistributed across countries, wealth could also be more evenly distributed – transforming the way public services, including police and healthcare, are funded and how they serve the community.

It may sound idealistic, but it’s not unrealistic. Flexible working is bringing this democratisation of work and opportunity closer than ever before. Within reach is a world where housing is affordable, your commute is a (short) pleasure, your work-life balance is, well, balanced, and you, your family, and your community, are doing better than ever. Because, as long as you’re connected, it really doesn’t matter where you work.

Sabrina Faramarzi is a UK-based futurist, journalist and trend forecaster

Risk industry becoming a destination of choice for millennials

How will suburban growth affect recruiters?