Financial services and flexible working? Not as unlikely as you’d think

What would happen if an industry known for its traditional working practices tried something new? Financial firms around the world are looking to the future and doing just this, says James Ashton

There’s an impression that the financial services industry does not easily lend itself to flexible working. The culture of long hours and security requirements means that banking and insurance are jacket-on-the-chair industries, whereas technological advances and enlightened thinking belong to other sectors, where staff have long since been untethered from their desks.

But change is happening among the traditional financial players – not least due to competition from upstart rivals. The era of open banking – where a new generation of services will plug into a customer’s main bank account like apps downloaded to a smartphone – is on its way. At the same time, tech giants are eyeing opportunities in the payments space through new digital currencies such as bitcoin.

Industry leaders are not blind to the problem of attracting and retaining the next generation of talent, who may demand the fringe benefits of a startup instead of the fattest pay packet. A survey by US recruiter Robert Half Financial Services found that 95 per cent of bosses thought it was challenging to find skilled Millennials, while 58 per cent said it was very challenging(1). After salary, bonus, career advancement and job responsibilities, those surveyed said the fifth most important factor in choosing to join a finance firm was workplace flexibility.

Adopting such practices is easier said than done. After all, the ‘always-on’ attitude of bankers is an ingrained part of the culture. The requirement to plug into ultra-safe systems or transact on the trading floor has meant that, for investment banks, only research analysts who have long reports to prepare, or the mergers and acquisitions rainmakers who drum up business by wining and dining future prospects in restaurants, easily lend themselves to remote working.

Early efforts to introduce flexibility focused on curbing round-the-clock commitment, particularly for junior staff. Five years ago, Goldman Sachs introduced a Saturday rule requiring analysts and associates to be out of the office from 9pm on Friday until 9am on Sunday. The bulge bracket banks (the largest and most profitable multinational investment banks in the world) insist they are doing better now. Credit Suisse has 14,000 staff on its Smart Working programme, which lets employees choose their own workspace. Deutsche Bank offers stress-management training and claims that 90 per cent of employees return after parental leave, many in a flexible capacity. 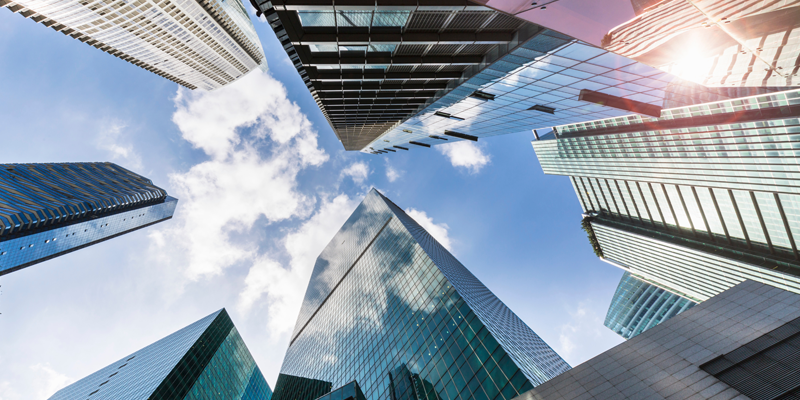 But it’s the firms employing a legion of consultants or serving a large retail customer base that appear to lead the way. A recent study from UK work-life-balance charity Working Families found that six of the top 10 employers for flexible working were American Express, Barclays, Deloitte, EY, Lloyds Banking Group and Royal Bank of Scotland. The study also showed that only 17 per cent of finance and accounting professionals work remotely at least once per week – half the UK average(2).

Telecommuting – where banks let their staff work from home or from dedicated work centres that are closer to home – has been a reality in the US for more than a decade, where Bank of America blazed a trail. The benefits are clear: lower travelling costs, more time to work, measurable pick-ups in productivity and happiness.

But there are risks. More frequent cyberattacks mean that banks’ IT departments are left with a growing headache. They must keep a secure network to maintain the standards that regulators demand. Yet the greater number of remote staff means more logging on from a multitude of entry points – at home, on the go, or via personal laptops or computer tablets. And even if the network is safeguarded, human resources chiefs must ponder how to keep far-flung employees just as vigilant of phishing scams as those sitting in head office. The solution, as many banks are discovering, is embracing the digital and physical security that comes with flexible workspace from a good provider.

A shift is taking place, as sure as bank customers are trading lunchtime branch queues for mobile phone apps. Lloyds is on the front foot, preferring the term ‘agile working’ to flexible working. The bank claims that more than a third of its workforce take advantage of either remote working, a job share, reduced hours or compressed hours – which is full-time work concentrated in fewer than five days. It is spending £1bn over three years on better technology to improve this flexibility. More lenders will follow.

James Ashton is the former executive editor at the London Evening Standard and The Independent in the UK. He currently writes for the UK’s Sunday Telegraph and the Times.

What is company culture – and how do you build it remotely?

Hybrid working vs a 10% pay rise? We’ll take the flexibility, thanks

What is ‘The Great Resignation’ – and could it affect your business?