Why the key to happiness is a 16‑minute commute

Want to boost your mood and change your life? Follow the lead of the world’s happiest countries and say no to your long daily commute, says Hannah Hudson

How much of your life is spent commuting? Have you ever sat down and actually worked it out?

If you live in the USA, which boasts the 10th longest average commute time in the world, at 25 minutes each way(1), in a typical year you’ll spend the equivalent of eight 24-hour days getting to and from work.

If your commute is 28 minutes, the average for the UK(2), you’ll spend nine 24-hour days – or 13,216 minutes. If you look at this time in terms of the conventional eight-hour working day, your commute could be longer than your permitted annual leave – at 27 days vs 25(3).

And if you live in South Korea – where workers have the world’s longest commute, at 74 minutes one-way(4) – you’ll spend a whopping 37,148 minutes travelling between home and the office per year – the equivalent of 25 days and 19 hours. Considering South Koreans take an average 10 days’ paid leave each year, that balance seems a little off.

Unfortunately, it looks as if our commutes are only going to get worse. In the UK, getting to and from work now takes an extra five minutes a day compared with a decade ago – which equates to an extra 20 hours a year spent on congested roads and packed trains(5).

In the US, the average commute is 20 per cent longer than it used to be. It now takes the average worker 26 minutes to travel to work, according the US Census Bureau. That’s the longest it’s been since the Census began tracking this data in 1980(6).

It’s perhaps not surprising that our commutes make us miserable. The UK’s Office for National Statistics has found that “commuters have lower life satisfaction, a lower sense that their daily activities are worthwhile, lower levels of happiness and higher anxiety on average than non-commuters”(7). In fact, if your commute takes longer than an hour, feelings of happiness decrease with every successive minute of travel(8). 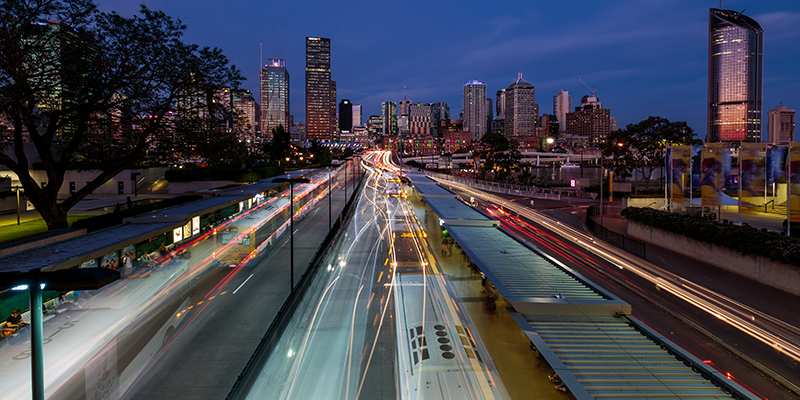 So what would happen if we stopped commuting?

The impact would be huge, says reporter Christopher Ingraham, writing for The Washington Post(9). “Consider the transformational effect [of giving people back the time spent on their commute]. And then multiply that two-hour time saving by the 250 work days in a typical year – that’s 500 extra hours a year. Multiply that by 3.6 million workers, and you come out to about 1.8 billion man-hours of potential productivity released back into the economy. That’s the time equivalent of 900,000 full-time jobs.”

He adds: “Now if you give a person two free hours, he’s probably not going to spend that time working. He’ll watch TV or play Candy Crush or drink beer with his friends, or do other things that are not necessarily productive. But over time, that person will have more time to be civically engaged. He’ll have more time to take care of his kids or his health or his marriage. He’ll be better rested, and a better worker for it. The benefits are potentially limitless.”

A path to happiness

If a lengthy commute makes us unhappy, then it should follow that a shorter commute improves our happiness levels. In a 2018 survey by Time Out magazine, having a shorter-than-average commute (only 15 to 30 minutes – compared to the city’s average of 39 minutes) boosts Londoners’ happiness more than having sex(10).

A happiness researcher has even quantified just how much happier we could be if we cut our commutes. In Thrive: Finding Happiness the Blue Zones Way, National Geographic fellow and author Dan Buettner puts the figure at $40,000.

Is it a coincidence that the top 10 happiest countries (as ranked in the UN’s World Happiness Report)(11) all have commutes under the global average of 41.6 minutes? The happiest country, Norway, has a one-way commute of 33 minutes; Denmark, 29 minutes; and Finland and Sweden, 21 minutes.

And happiness is good for business. A recent study by economists at the University of Warwick found that employee happiness led to a 12 per cent spike in productivity(12). “Positive emotions appear to invigorate human beings,” said the research team in their report. Happy workers are also more effective collaborators(13) and even better leaders(14).

So what’s the ideal commute? Prepare to be surprised. It turns out that the ideal commute is not actually no commute at all. A study of more than 1,000 workers in San Francisco(15) found that their ideal one-way commute was 16 minutes. Fewer than two per cent of people wanted a commute time shorter than four minutes, while only 1.2 per cent wanted no commute time at all.

It seems that people do appreciate some separation between work and home – using the travel time as a psychological tool to decompress from the day. And it’s backed up by science. An increasing amount of research shows that ‘active commutes’, which involve walking or cycling, can make life better – even being as important to wellbeing as a marriage or a pay rise(16).

If the ideal commute for most people is a 16-minute stroll each way, how should businesses respond? “Gone are the days of making employees spend unproductive time travelling to a central location and working to fixed hours that date back to Victorian times,” says Richard Morris, UK CEO at Regus(17). “Businesses of every size [should be] investigating flexible work options that enable employees to work closer to home and to vary their hours to better suit their circumstances.”

If, as the ancient Athenian historian Thucydides suggests, “The secret to happiness is freedom”, the opportunity to choose where to work and how to get there could make all the difference to weary commuters across the world.

Hannah Hudson is the editor of Regus magazine

How did we calculate commute times?

We took the average commute times from 2016 OECD research. We then assumed the average worker commutes to and from work five days a week and that a working day is eight hours. To allow for annual leave days (which are therefore not spent commuting), we used the Expedia holiday deprivation report (Nov 2017).

Five common concerns about hybrid working – and how to handle them

How to boost staff morale